Sarah C. Hagar Award - awarded each year for outstanding service in or significant contribution to the field of librarianship in Vermont.

Green Mountain Award - given as the opportunity arises to individuals or organizations for distinguished service, support, or unusual contributions to a Vermont library or libraries.

Trustee of the Year Award - outstanding achievement by a trustee on behalf of his or her library, either during the previous year or during his/her years of service.

Birdie Award - given biennially to a librarian who has provided outstanding service in the field of technical services in a Vermont Library.

Library Advocate of the Year Award - given occasionally by the VLA Government Relations Committee to an outstanding public advocate for libraries in local, state, or national government.

Professional Development Grant - up to $250 for a continuing education program such as an educational conference or an applicable course.

VLA Graduate Student Scholarship - up to $1,500.00 to a qualified applicant pursuing an MLS, MLIS, or MSLIS degree.

Constitution and Bylaws - the governing documents of the organization.

Strategic Plans - VLA maintains 3 year strategic plans for the direction of the organizations and work to be done.

Leadership Directory - who are your representatives on the board.

Board Position Descriptions - what are the responsibilities of each board members.

Board Resources - catch-all page for things that don't go anywhere else.

Board Meeting Minutes - VLA Board meets 5 times a year for regular meetings.

Board Retreat Minutes - VLA Board members meet every summer for a planning retreat.

Handbooks, Manuals, and Policies - helpful documents for existing board members

2009 - Slides from Vermont Public Librarians' Compensation: A Survey and a Toolkit (PDF, 212 KB) presented at the Vermont Library Conference, May 13, 2009.

2014 - YouTube Video of Dawn Sova's lecture, given at the Pavillion Auditorium, Montpelier VT on January 27, 2014.

2011 - Christopher Finan talks about his book, From the Palmer Raids to the Patriot Act: A History of Free Speech in America, in which he speaks about VLA being the first sign of hope in the fight against the USA PATRIOT act. Given at Sherburne Memorial Library, Killington, VT on August 25, 2011.

2005 - A New Vision of Citizenship For a Fast-Globalizing and Ecologically Challenged World by Laurie Lane-Zucker, given at Brooks Memorial Library, Brattleboro, VT on June 9, 2005

2002 - Vermont Interlibrary Loan (ILL) Code - a voluntary agreement to govern interlibrary loan (ILL) among libraries in the State of Vermont. Correlated with the Interlibrary Loan Code for the United States, this local code is intended to promote a liberal ILL policy among Vermont libraries.

We're adding to this page all the time, especially archival materials. Please let us know if there's something you're not finding!

I feel very honored to serve as your president this year and look forward to collaborating on projects that will enrich the Vermont Library Association and advance the professionalism of Vermont librarians. 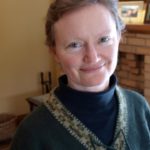 Libraries champion democratic access to accurate information and are welcoming spaces that bring people together around ideas. The VLA supports and enhances this work by providing opportunities for librarians, Trustees, and Friends from all types of Vermont libraries to collaborate and learn from each other and advocate for libraries.

What makes the opportunity to be part of the VLA so exciting and energizing is the chance to bring our libraries together. We can advocate more effectively and launch programs more successfully when we marshal our resources. I don’t believe that means a cookie-cutter mold that all libraries must match but rather an umbrella under which our ideas, endeavors and inspiration can fit. I hope to have the chance to work with Vermont Library Association and bring forward our designs and dreams. 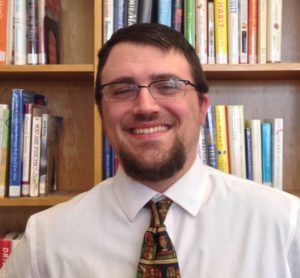 I see Vermont's Libraries as the living rooms for the towns that they serve, a community gathering place where folks can be comfortable sharing ideas with their neighbors. VLA fosters the same comfort with its membership, librarians, and libraries in Vermont at large. 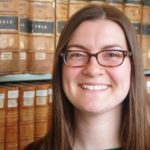 Libraries enrich our patrons and communities, just as the VLA does for its members. The more I am involved in this organization, the more I grow. 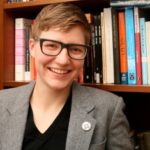 Libraries are part of the essential services in every community. Police and firefighters save lives; libraries make lives.