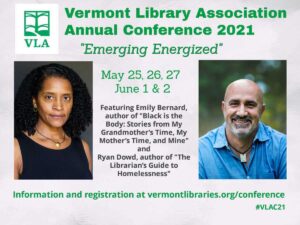 Jill Anderson
Jill is a reference librarian at Carpenter-Carse Public Library in Hinesburg. 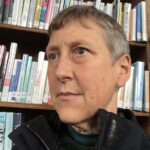 Barbara Ball
Barbara is the director of Windsor Public Library in Windsor, Vermont.  She currently serves as president of VLA’s Public Libraries Section. 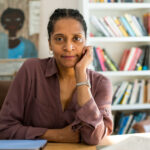 Emily Bernard
Emily Bernard is the author of “Black is the Body: Stories from My Mother’s Time and Mine,” which was named one of the best books of 2019 by Kirkus Reviews and National Public Radio. “Black is the Body” won the 2020 Los Angeles Times Christopher Isherwood Prize for autobiographical prose. Emily’s previous works include: “Remember Me to Harlem: The Letters of Langston Hughes and Carl Van Vechten,” a New York Times Notable Book of the Year; and “Some of My Best Friends: Writings on Interracial Friendship,” which was chosen by the New York Public Library as a Book for the Teen Age; and, with Deborah Willis, “Michelle Obama: The First Lady in Photographs,” which received a 2010 NAACP Image Award. Her work has appeared in: Harper’s, The New Republic, The New Yorker, O the Oprah Magazine, Best American Essays, Best African American Essays, and Best of Creative Nonfiction. She has received fellowships from the Alphonse A. Fletcher Foundation, the Ford Foundation, the National Endowment for the Humanities, the MacDowell Colony, the Vermont Arts Council, and the W. E. B. DuBois Institute at Harvard University. Emily was the James Weldon Johnson Senior Research Fellow in African American Studies at Yale University. She is the Julian Lindsay Green and Gold Professor of English at the University of Vermont, and a 2020 Andrew Carnegie Fellow. Emily lives in South Burlington, Vermont, with her husband and twin daughters. 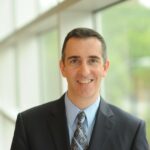 Robert Cartolano
Robert Cartolano is the Columbia University Libraries Associate Vice President for Technology and Preservation.   Since joining the libraries in 2007, Rob has supervised the development and implementation of digital preservation storage, the opening of multiple digital centers, Blacklight-based unified discovery, ReCAP shared collection services, digital library collections, copyright advisory services, and digital project management.  Rob served as treasurer of the DuraSpace board of directors, is a member of the Lyrasis Leader’s Circle, and plays leadership roles for the Fedora and VIVO community-based open source platforms.  He is currently coordinating efforts to Imagine a Better Academic Ebook Experience, leveraging open standards, interoperability, and community-based open source. 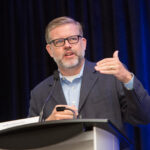 Chrastka is a former partner in AssociaDirect, a Chicago-based consultancy focused on supporting associations in membership recruitment, conference, and governance activities.  He is a former president and member of the Board of Trustees for the Berwyn (IL) Public Library (2006 – 2015) and is a former president of the Reaching Across Illinois Libraries System (RAILS) multi-type library system. Prior to his work at AssociaDirect, he was Director for Membership Development at the American Library Association (ALA). He is a member of ALA as well as the Illinois Library Association (ILA), and the American Political Sciences Association (APSA). He as named a 2014 Mover & Shaker by Library Journal and tweets @mrchrastka.

Jonathan Clark
Jonathan is the youth services consultant at the Vermont Department of Libraires. Before arriving in Vermont on the cusp of the pandemic, Jonathan worked at The New York Public Library as children’s librarian and manager of school-age programming.

Paul Costello
Paul has served as executive director of the Vermont Council on Rural Development since 2000. VCRD is the most experienced neutral facilitator of town-wide community engagement in Vermont. The non-partisan nonprofit organization has convened councils and summits to advance state policies, and marshalled investments to advance rural opportunities. Paul is a native Vermonter who attended UVM before earning a PhD in intellectual history at McGill. He has served on boards ranging from corrections education to cooperatives and libraries, co-chaired the Vermont Climate Action Commission, and recently led Governor Scott’s Local Support and Community Action Team in the COVID Recovery Task Force. 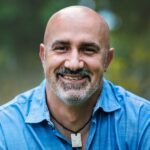 Ryan Dowd
Ryan has spent most of his career as executive director of the second largest homeless shelter in Illinois. He trains libraries around the country (and world) on how to work with homeless patrons, using the same tools that homeless shelters employ. He is the author of the ALA book, “The Librarian’s Guide to Homelessness.” He is married, with two children. His favorite book is “Dharma Bums” by Jack Kerouac.  You can learn more about Ryan’s work at http://www.homelesslibrary.com/ 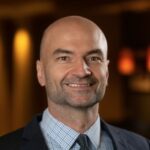 James English
James currently works as a product strategist at LYRASIS, where he conducts business development as part of LYRASIS outreach team. He also works across opens source programs to help build scalable and sustainable services and drive innovation.  Prior to LYRASIS, James worked at The New York Public Library to create the Library Simplified Program and SimplyE platform.  Before coming to work in the non-profit sector,  James was chief product and executive officer of Telemetry Labs, and chief product and operations officer for Guardian Networks, both web and mobile product development service providers specializing in machine-to-machine technology development, R&D and managed services for utilities, municipalities and fortune 500 companies. 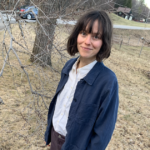 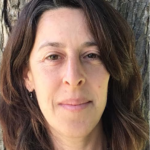 Jess Hyman
Jess Hyman is the associate director of Housing Advocacy Programs at the Champlain Valley Office of Economic Opportunity (CVOEO). She manages the statewide Fair Housing Project, which provides fair housing consultation, referrals, and training, and helps municipalities plan for more inclusive, affordable housing. A former community journalist, food systems researcher, and director of the Vermont Community Garden Network, Jess has spent more than two decades supporting community development and food security efforts. She has a master’s degree in Community Development and Applied Economics from the University of Vermont. She serves on the Vermont Affordable Housing Coalition steering committee, the Old North End Arts and Business Network steering committee, and the Young Writers Project board.

Wendy Hysko
Wendy Hysko is board president of the Green Mountain Library Consortium (GMLC), which through the power of partnerships and collective purchasing provides Vermont libraries with access to goods and services otherwise unattainable.  Wendy is director of Brownell Public Library in Essex, Vermont. 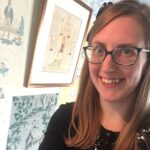 Adriene Katz
Adriene, a librarian at the St. Johnsbury Athenaeum, is president of the Friends and Trustees section of the Vermont Library Association. She also serves on the State of Vermont Board of Libraries, and volunteers as a board member, archivist, and collections manager for the Williston Historical Society. 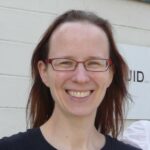 Lara Keenan
Lara is the statewide consultant for Governance and Management for the Vermont Department of Libraries. Prior to working for the department, she was the director of  Pierson Library in Shelburne. Lara has worked in libraries since 2003. She received her MLIS from Syracuse University. 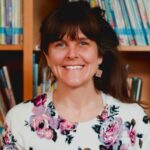 Mariah Lawrence
A Tunbridge Public Library staff member since 2018, Lawrence was named director in April 2021.  She is the mother of four young children, who love their town, exploring the forest, and reading as much as she does. 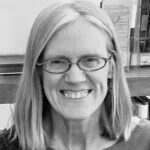 Lisa Milchman
Lisa is the chair of the VLA Awards and Scholarship Committee and the assistant director of Norwich Public Library, where she coordinates adult services and intergenerational programming. She lives in Chelsea with her cat, Ari (who often shows up on Zoom), and is a former member of the Chelsea Public Library Board of Trustees.

Emily Nielsen
Emily is the student attendance specialist at the Lamoille Restorative Center, and a member of the Racial Equity Alliance of Lamoille (REAL) schools committee.

Amy Olsen
Amy is director of Lanpher Memorial Library in Hyde Park, Vermont, and a member of the Racial Equity Alliance of Lamoille (REAL) schools committee. She served as VLA president in 2019-2020. 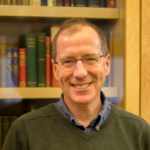 Michael Roy
Michael is the dean of the library at Middlebury College, and will be president of the Vermont Library Association beginning in June 2021. He lives in Middlebury, Vermont, with his wife, his dog, two cats, and five chickens. 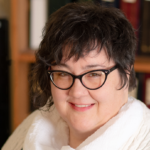 Bridget Stone
Bridget is the director of Georgia Public Library, chair of the VLA Inclusion Committee, and a member of the Vermont Department of Libraries ABLE (Audio, Braille, Large print, and Electronic books) board. 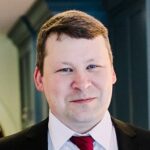 Jessamyn West
Jessamyn runs the technology for the Vermont Library Association and does basic technology assistance through Kimball Public Library. Her blog librarian.net is the longest-running single-author library blog. Through the Vermont Mutual Aid Society, she works with the Internet Archive qualifying people for their print-disabled program. She has been a columnist for Computers in Libraries magazine since 2008.

Margaret Woodruff
Margaret is director of Charlotte Public Library in Charlotte, Vermont. She served as VLA president in 2016-17. 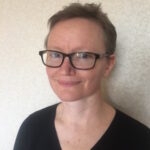 Chenfang Yang
Chenfang is the Electronic Resources and Technology librarian at the Vermont Law School Julien and Virginia Cornell Library. She serves as chairperson of VLA’s College and Special Libraries section.

We are grateful to our conference sponsor, the Champlain Valley Office of Economic Opportunity (CVOEO) Fair Housing Project.

Return to the 2021 conference schedule.